Can Bamboo help save the planet? 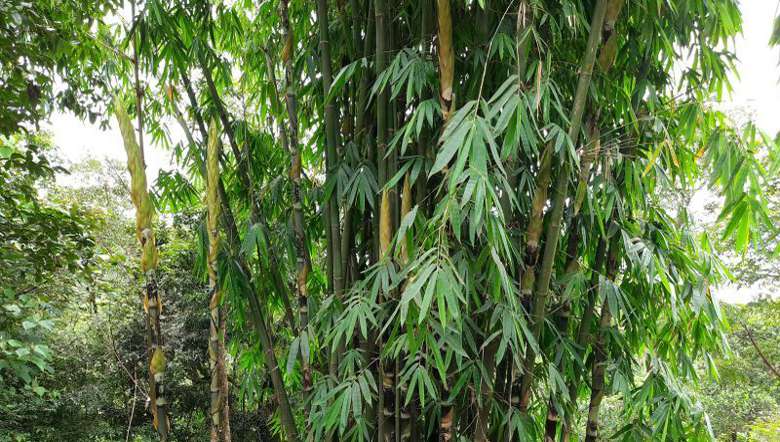 The ecological environment is an important basis for the survival and development of all people on Earth that countries need to get to the root of ecological and environmental problems. Can Bamboo help save the planet? Yes, we believe it can! Of course, it would be naive to think that bamboo is the solution to all our global problems but in terms of rehabilitation of degraded land, reforestation, carbon sequestration and poverty alleviation, bamboo can certainly be part of the solution as it provides countless benefits that can play a very important role in at least 7 of UN Sustainable Development Goals. The International Bamboo and Rattan Organisation (INBAR) is the first intergovernmental development Organisation founded in 1997, to set up its headquarters in China that promotes environmentally sustainable development using bamboo and rattan with 46 members’ states. In addition to its Secretariat Headquarters in China, INBAR has five Regional offices in Cameroon, Ecuador, Ethiopia, GhanaandIndia.

Bamboo and Rattan are common to tropical and sub-tropical forests around the World. Although they are not trees—bamboo is a grass and rattan is a climbing palm—these plants play a critical role in conserving biodiversity in forests. They are also widespread. Recent research conducted by INBAR and Royal Botanic Gardens, Kew, categorised over 1,600 identified species of bamboo and 600 species of rattan, covering Africa, Asia and the Americas, as part of a world checklist. A huge range of animals, including a number of endangered species, rely on bamboo and rattan for their needs. Most famously, the giant panda in Asia is renowned for its bamboo diet, eating up to 40 kg a day. It’s not the only one; the red Panda, mountain gorilla, Indian Elephant, South American spectacled bear, Ploughshare tortoise and Madagascar bamboo lemur also rely on bamboo as a source of food. Rattan fruits provide nutrition to a number of birds, bats, monkeys and the Asian Sun bear. As well as feeding animals in the wild, bamboo can be an important source of fodder for a range of livestock, providing inexpensive year-round feed for cows, chicken and fish. Research conducted by INBAR has shown how a diet of bamboo leaves can provide a nutritious source of feed and increase cow’s annual milk production in Ghana and Madagascar.

A 2019 report published by INBAR and CIFOK provides an analysis of bamboo forests ecosystem services which can be more varied and high—impact than grasslands, agricultural lands or planted forests. In particular, the report references bamboo’s importance of providing ‘’regulating services’’ such as landscape restoration, landslide control, groundwater recharge and water purification and its ability to support rural livelihoods. These attributes make bamboo an excellent replacement in plantation forestry or in degraded lands. Bamboo’s ability to restore degraded land is a particularly important ecosystem service for forests. Its long underground root system means that bamboo can bind soil, prevent water run-off and service even if the biomass above ground is destroyed by fire. In Allahabad, India, an INBAR-supported bamboo project has helped raise the water table by over 15 meters in 10 years and return a blasted brick-mining area prone to frequent dust storms to productive agricultural land. And in Ethiopia, bamboo is one priority species in a large World Bank funded project to restore the country’s degraded water catchment areas. With more than 30 million hectares of land around the world, bamboo could provide a widespread solution for land degradation in the tropics and sub-tropics. A fast-growing, self-regenerating resource, bamboo and rattan can prevent deforestation and associated diversity loss by providing a renewable timber substitute. Because of their fast- growth and higher culm density, bamboo forests can supply more biomass than both natural and planted forests and have a higher production capacity for food, forage, timber, bioenergy and construction materials. Rattan is also a fast-replenishing plant which can be harvested without destroying trees. This synergy between biodiversity protection and poverty alleviation was evident in INBAR’s, Dutch-Sino-East Africa Bamboo development Programme, which planted bamboo in the buffer zones of two national parks. As well as providing local communities with sustainable material for construction and handicrafts, the bamboo also serves to protect the habitat of local mountain gorillas. Communities are now invested in the management of local bamboo resources for biodiversity conservation. A similar INBAR project is working to revitalize bamboo craftsmanship in Chishui, China. As part of a famous UNESCO World Heritage Site, Chishui has strict restrictions in place to preserve its natural environment and protect its resources, including a ban on construction work, hunting and logging. UNESCO and INBAR are working together with Chishui Natural Heritage Management Bureau on an initiative to support sustainable livelihood activities in Chishui, using fast-growing bamboo as a source of income.

Bamboo and rattan are critical to biodiversity, but they are not ‘’trees’ ‘so they are often excluded from forestry policy. Since 1997, INBAR has worked to promote the importance of bamboo and rattan for sustainable development, including forestry protection and biodiversity conservation. The results are often far-reaching. In 2010, INBAR worked on a bamboo Biodiversity project as a part of the EU-China Biodiversity programme, which provided a number of recommendations for how to balance biodiversity conservation and productivity of bamboo forests to optimise their ecosystem services. The project was instrumental in the development of China’s national bamboo policy, which is helping to improve the sustainable management of the country’s bamboo forests. INBAR is currently working to map bamboo distribution across the world and trains thousands of beneficiaries from across its member states every year in how to manage these resources better to ensure a healthy and sustainable supply. At the 15th meeting of the Conference of Parties (COP15) to the UN convention on Biological Diversity in Kunming, southwest Chin’s Yunnan province, CGTN took an interview with LU Wenming , deputy director –general of INBAR on the importance of bamboo and rattan in preserving biodiversity, he said: There are some major problems with plastics, which has led many countries to put bans or restrictions on them and start searching for replacement ; bamboo and rattan especially bamboo are good replacement. In catering industry, we have developed knives, forks, spoons, straws and cups from bamboo now. In other areas such as electric appliances, we have bamboo made shells to replace those made of metal and plastics. In addition, cooling towers of power plants made of plastics can also be replaced by bamboo. Bamboo plants absorb carbon dioxide as they grow, making them useful in carbon sequestration and there are tens of thousands of bamboo products most of which can replace plastics. INBAR is an observer to the UN Convention on Biological Diversity, where it advocates for bamboo and rattan’s inclusion in national and regional biodiversity and forest planning.