In the column, the author deliberates upon the issues of India's vaccine milestone, some essential caveats, mix-and-match vaccines and new COVID hotspots. 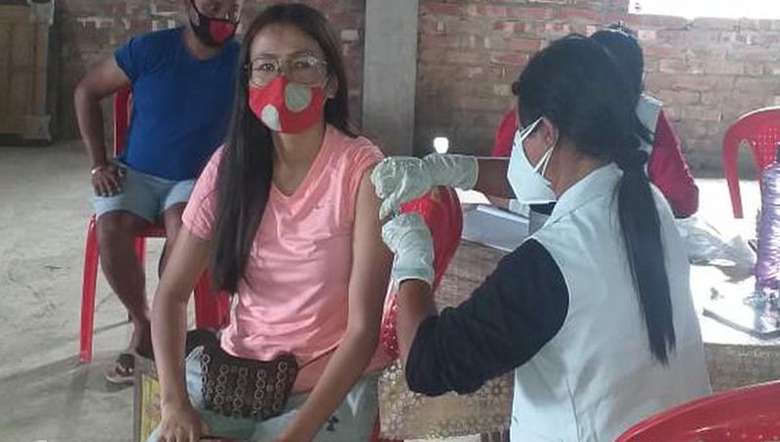 OnThursday, Oct. 21, 2021India achieved a stupendous milestone of having administered at least one vaccine dose to 100 crore Indians. This feat has been accomplished in just 9 months. The WHO has congratulated India for this creditable milestone.

India's vaccination drive was launched on Jan. 16, 2021 with the first phase of vaccinations prioritising healthcare and frontline workers. Later, the coverage was extended to people aged above 60 and those aged 45 with co-morbidities. It was further extended to all categories of people above the age of 45 and people aged 18 and above.

However, one must note some crucial caveats. Nearly 70 per cent of Indian population is yet to receive the 2nd dose of the three available vaccines: CoviShield, Covaxin, and Sputnik V. Though two pediatric vaccines have been approved, they haven't been rolled out yet and the vaccination for children in India is yet to be launched. We must remember that there is a sizeable population of kids in India: about 40 crores (age 0-18).

India is also yet to take a final decision on booster doses or mix-and-match vaccines. We must note that vaccine induced immunity declines over time; it wanes significantly 6 months after receiving the second dose. Also, elderly people and people with underlying health conditions have poor protection especially against the new variants e.g. delta strain, and need booster shots.

It's urgently warranted to discuss at the highest levels if people over age 65 and people with co-morbidities need to be given booster dose (third shot). Also, the same consideration need to be given to frontline and healthcare workers. We must mote that this category of people got the shots in January/February 2021 and more than 6 months have elapsed after they have got the second shots of the vaccines. There is a high likelihood that immune protection in these people have dipped significantly by now.

In addition, as we plant to fully open up the schools, there is the urgent need to start vaccinations for young people of age 18 and below.

The US FDA has recently okayed all COVID vaccine boosters and mix-and-match vaccination strategy (Bridge Michigan,www.bridgemi.com, Oct. 20, 2021). Early research now suggests that changing boosters between original shots and boosters may elicit better immunity than sticking to the same vaccine originally administered. A recent study indicated that people who got the 1-dose JNJ vaccine and later took a Moderna booster showed a 76-fold increase in protective antibodies, as compared to just a 4-fold increase for those who received both initial and booster doses of J&J vaccine.

The US has also authorised booster shots of both JNJ and Moderna vaccines. As for mixing and matching, the FDA ruled that it's okay to use any brand for the booster regardless of which vaccine people got first.

Similarly, in India, ICMR found that mixing Covaxin and CoviShield is safe and effective (TOI, Oct. 18, 2021). The study found that immunity was higher in people who received a dose of CoviShield first followed by a second shot of Covaxin, weeks apart. The mix-and-match strategy was also found to be safe and effective, and devoid of serious side-effects. However, the study involved just 18 participants and is yet to be peer-reviewed.

ALancetalso found that people who got a first dose ofAstraZeneca vaccinefollowed byan mRNA vaccinehad a lower risk of infection compared to those who received both doses of the AstraZeneca vaccine, in a nationwide study conducted in Sweden (TOI, Oct. 18, 2021).

Mixing vaccines may be an alternative strategy to address the waning immunity instead of giving booster shots; however, more detailed studies are needed to decide if boosters or mix-and-match vaccinations are a better strategy.

A worrisome development is that several countries including Russia, UK, Singapore and China have started re-imposing restrictions such as cancellation of flights & tourist centers and shutdown of schools due to sudden rise in Covid cases. UK has recently seen daily cases of over 50,000 (The Guardian, Oct. 22, 2021). Russia has announced one-week lockdown due to abrupt rise in the number of Covid deaths. China has also cancelled flights and shut down schools due to surge in number of infections especially in its northern and northwestern areas.

The recent surge in many parts of the world is attributed to the Delta AY.4.2 mutant (often referred to as Delta Plus). The UK has classified this variant as "Variant Under Investigation" (VUI).Experts have warned that this strain has high reproduction rate (and, possibly, higher transmission rate). It's a grim reminder that the pandemic is not over yet and we can't afford to be complacent yet.

Even though India has recently reached an amazing vaccination milestone, we have to remain alert about a possible new wave of infections, considering the facts that 70 per cent population is yet to receive a 2nd dose, our kids are yet to be vaccinated, and we're yet to approve boosters or mix-and-match vaccines; compounded by the possible surge due to the onset of winter, waning immunity, and crowding due to upcoming elections in several states and many imminent major festivals in the country.

We need to assume that there may be a third wave in Manipur too. Even if that may turn out to be a wrong anticipation, it's better to err on the side of caution. Accordingly, we must initiate measures to squarely face a possible third wave in our state. These may include: