World Hunger estimates that more than half of the world's hungry population lives in conflict areas. Conflict causes hunger because it interferes with food production. COVID-19, the biggest challenge in human history, has made us re-look, rethink and reconsider what we eat. But every challenge should be converted into opportunities. 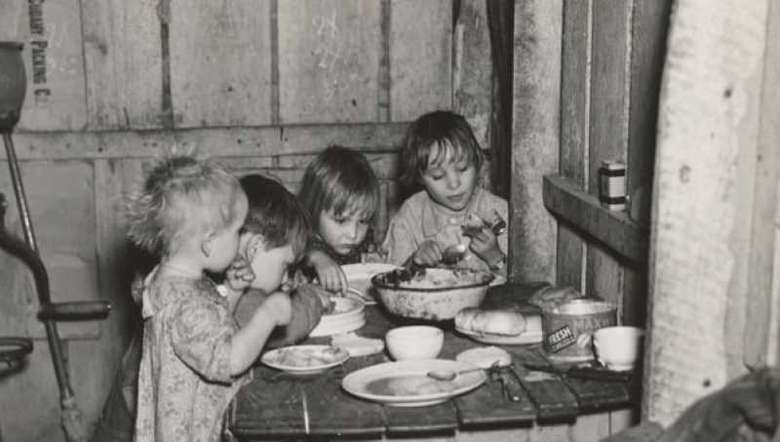 "There are people in the world so hungry, that God cannot appear to them except in the form of bread."― Mahatma Gandhi.

World Food Day is observed on October 16 every year since 1979, a UN sitting in Quebec, Canada in remembrance of the day when the Food and Agricultural Organisation (FAO) was founded in 1945. Hungarian minister of agriculture and food, Dr Pal Romany was behind the global initiative. The primary focus is to tackle global hunger, malnutrition, problems of obesity to hunger and strive to educate people about the right to safe, hygienic and nutritious food as the basic necessities for all humans and to reduce food wastage and unfair allocation of resources to ensure healthy diets for all.

The theme for 2021 is “Safe food now for a healthy tomorrow”. It aims to give impetus to save food, reduce wastage and enhance agriculture and development of healthy foods and eradicate the problem of malnutrition which is rampant in many parts of the world for the future generations.

There are about 821 million people chronically undernourished and nearly 99 per cent of them live in developing nations. About 60 per cent of the hungry people in world are women and nearly 20 million infants are born each year with low birth weight, of them, 96.5 per cent are in developing countries and that also one in every five births happens without a skilled birth attendant. Thus, about 50 per cent of all deaths in children are under five years due to under-nutrition.

Every year there are more global deaths due to hunger than those caused by AIDS, malaria and tuberculosis combined together. Each day, 25,000 people, including more than 10,000 children, die from hunger and related causes. Chad is a mainstay on the bottom rank of Global Hunger Index and Finland is in the top for food security ahead of Ireland and the Netherlands.

World Hunger estimates that more than half of the world's hungry population lives in areas with conflict. Conflict causes hunger because it interferes with food production.

COVID-19, the biggest challenge in human history has made us re-look, rethink and reconsider what we eat. But every challenge should be converted into opportunities. Each one of us can become a food hero and make good food for good health as a part of our lifestyle. The actions include: choose healthy foods, influence positive will, join initiatives, choose local& seasonal, grow at home, respect food and food development and finally, support food-related business and retailers.

On this day, we should try and grow your own veggies. It is simple, inexpensive and so much easier by owning an herb balcony or you can cultivate at any space and thus invariably would be careful toward wasting being mindful of the amount of hard work, time, patience and resources gone into growing the same. To go organic food, free of pesticides, processing or additives is essential to one and all and it not only promises good health but also a brighter future for a sustainable planet.

According to FAO, a combination of unhealthy diets and sedentary lifestyles has sent obesity rates soaring, not only in developed countries, but also low-income countries, where hunger and obesity often coexist. While over 820 million people suffer from hunger, over 670 million adults and 120 million childrenof 5-19 years are obese, and over 40 million children under 5 are overweight. In addition to obesity, unhealthy diets are leading to many disorders such as cardiovascular disease, diabetes, blood pressure and certain cancers.

According to a recently released Global Hunger Index, India ranked at 97 in a total of 118 countries. When we link between the growing rate of hungry stomachs in India and meeting the same with the help of the annual produce, climate change enters the picture. Climate change may add 50 million poor people in India by 2040 due to falling wages, rising food prices and slower economic growth.

The global population is expected to reach 9.6 billion by 2050. Growing food in a sustainable way means adopting practices that produce more food in lesser area and use natural resources. It also means reducing food losses before the final consumption through a number of initiatives including better harvesting, storage, packing, transport, infrastructure, market mechanisms, as well as institutional and legal frameworks.

Article 47 of the Indian Constitution states that it is the ‘Duty of the state to maintain the standards of nutrition in the country’. However, more than 70 years after this promise was made, the hunger and malnutrition situation in India is abysmal. The state still grapples with the problem of solving these two towers holding back development in the country. The National Family Health Survey reports the shocking statistics for over 34.3 per cent children in India are stunted. Close to three-fourths of them are anaemic and one out of every three undernourished children in the world is from India.

Recent cases of farmer suicides further highlight the need of the hour. India was an agricultural economy for many decades and though it is now a service economy, the agricultural sector is critical to the development of the country and the well-being of its citizens. One-third of all food produced in India is wasted. Take a minute to think about that. Of India’s 1.38 billion populations, more than 248 million people were known to suffer from malnutrition. This makes India home to the maximum number of hungry people in the world. About 25 per cent of the world's hungry population resides in India and 42 per cent children in our country are undernourished while 18 per cent do not have access to safe drinking water.

Around the world, more than enough food is produced to feed the 7 billion people globally but as many as 811 million people still go hungry. About 8.9% of the world's population - 690 million people - goes to bed on an empty stomach each night. One of the reasons for this dichotomy is food wastage; which is one of the biggest parasites of the 21st century. The FAO explains the full economic, environmental and social costs of food waste amount to approximately 2.6 trillion US dollars annually. The cost of ending world hunger and malnutrition across the globe would cost from $7 billion to $265 billion per year.

The main cause of hunger worldwide is poverty. Millions of people around the world are simply too poor to be able to buy food. They also lack the resources to grow their own food, such as arable land and the means of transport, to harvest, process, and store food. The food you choose and the way you consume, affects our health and that of the planet. It also impact our eco-system. Therefore, with coming of World Food Day, 2021, let’s consume food judiciously and save food from wastages for the sake of mother earth and for those peoples and children sleeping without foods.

(The Views expressed are personal)