Wahong villagers who are in search of their buffalo status had reconfirmed that 29 dead buffaloes were found till Wednesday evening, and as many as 40 cattle are still missing while many are found to be sick. 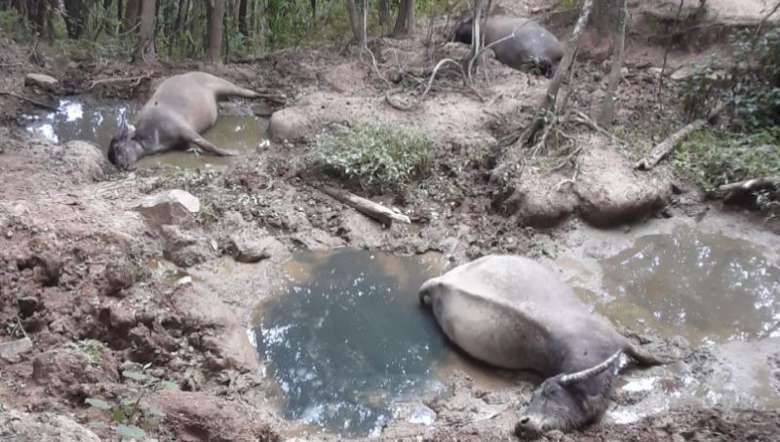 Around 50 buffaloes of Asiatic breed in New Tusom and Wahong village in Manipur’s Ukhrul district were found dead under mysterious circumstances, sources said.

The sources told the Imphal Free Press late Wednesday that Wahong villagers who are in search of their buffalo status had reconfirmed that 29 dead buffaloes were found till this evening, and as many as 40 cattle are still missing while many are found sick.

The case was first reported in New Tusom. The dead buffalo showed symptoms of acute bodily weaknesses. As many as 50 domesticated buffaloes of Asiatic breed have reportedly fallen to the unknown disease in the last couple of days.

Following the news, a team of state Veterinary and Animal Husbandry department visited New Tusom village on Tuesday and collected the sample of the dead carcasses for testing.

The Raphei Katamnao Saklong and the Northern Raphei Students' Union have expressed strong concern over the reported deaths of buffaloes.

Speaking at a press conference held in Phungreitang, Ukhrul on Wednesday evening, RKL president Somipam Vashum and NRSU president Joy Horam said that around 50 buffalos of Asiatic breed belonging to New Tusom and Vahong village reportedly died due to unknown disease till date.

Asserting that one livestock loss is a big loss for the farmers, they urged the Veterinary and Animal Husbandry department to be more proactive and take preventive measures from time to time so that no domesticated animal dies.

The group leaders lamented that when they visited the Veterinary department Ukhrul along with a team of Wahong villagers for a vaccine, they were informed that they had no vaccine.

They had urged the department concerned to conduct more awareness campaigns and provide necessary training to the villagers, especially the livestock owners so that they are better equipped to handle any eventualities.

Urging the department concerned to take immediate preventive measures and conduct timely vaccination, they had also urged to expedite the testing and to release the finding at the earliest.

In Jessami block, there are around 3,620 Asiatic buffalo livestock.

A team from the state Veterinary department visited New Tusom on Tuesday and handed over as many as 450 vaccines to the VDC chairman. Vaccination spree has also begun in the village.

Buffalo’s death was also reported in Manipur's neighbouring state Nagaland and was found to be hemorrhagic septicaemia. However, in the case of Manipur's Ukhrul district, the findings are still awaited.